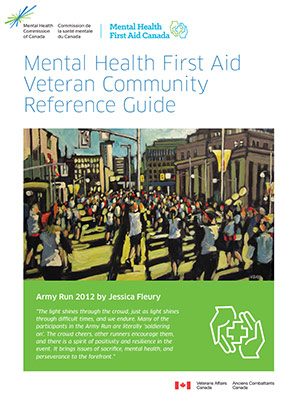 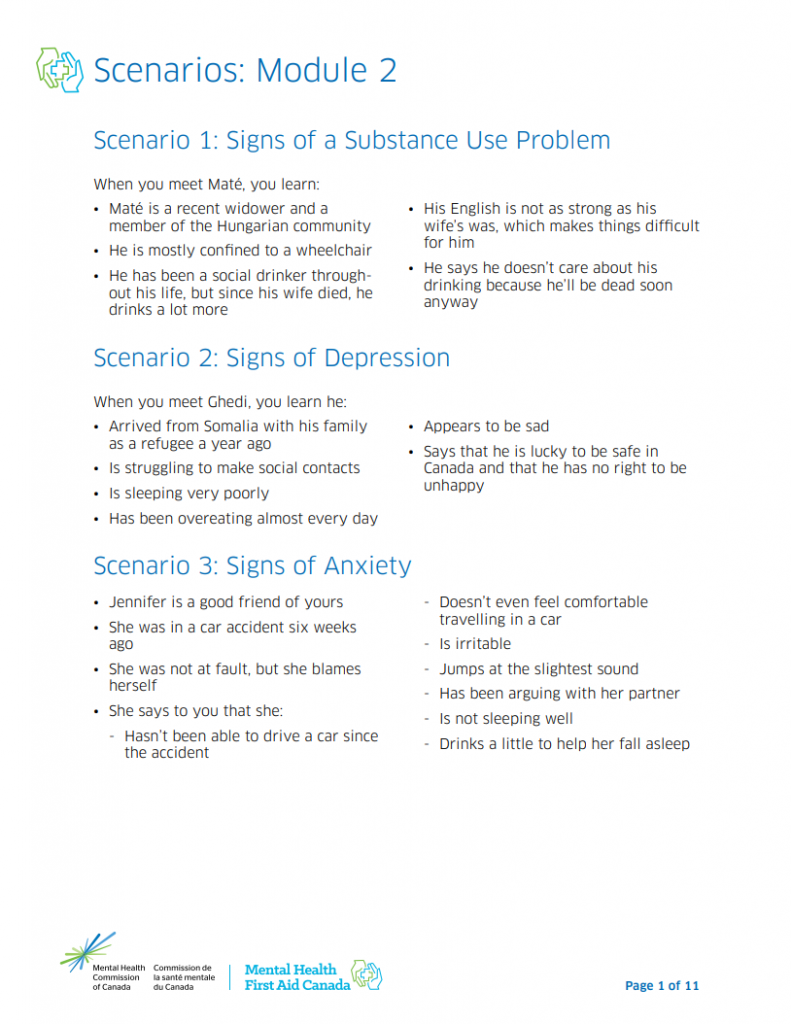 You must be enrolled and signed in to access the materials.

The Mental Health Commission of Canada reports that one in every five Canadians experiences a mental health or substance use problem within a given year.

Among Canadian Armed Forces (CAF) Veterans in the Regular Force (not the Reserves), the prevalence of fair/poor self-rated mental health was more than double the general population in 2013. Among former Royal Canadian Mounted Police (RCMP), 41.7 per cent of long-term disability claims were related to mental-health conditions in 2014.

Unlike most of the general population, military and RCMP Veterans were trained to carry weapons and are far more likely to have experienced traumatic situations or heard about them if on administrative duty. Combat duty, peacekeeping missions, and other situations have exacted a huge toll on some Veterans, causing significant operational stress injuries.

Military personnel develop identities that are beneficial during service. During the transition to civilian life, Veterans are faced with integrating their civilian and military identities. Those who find, adapt to, and identify with new social groups tend to achieve good well-being. For about 32% of Veterans, this is quite difficult and mental health support is needed.

While people often know a lot about physical illness, most people have less knowledge about mental health or substance use problems. This lack of understanding often leads to fear and negative attitudes towards those living with these problems. It prevents people from seeking help for themselves, and from providing appropriate support to people around them.

The aim of the course is to prepare you to effectively use MHFA actions when someone is experiencing a decline in their mental well-being or a mental health crisis. It is not training to become a therapist or provide ongoing support. Also, it is not designed for participants who are currently experiencing a severe mental health problem.

Mental Health First Aid (MHFA) is the support provided to a person who may be experiencing a decline in their mental well-being or a crisis.

Participants will learn how to…

Not Enrolled
Take this Course